You are here:
Software Legal News

Microsoft has been pushing its Windows 10 free upgrade very hard, some would say too hard. The firm actually had to reign in its pushiness, and some would call it deviousness, at getting users to go ahead with the update in the wake of user complaints last month. 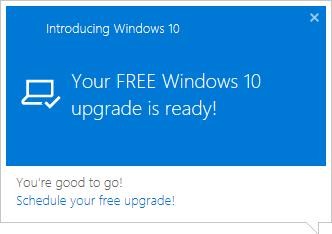 Now a businesswoman has successfully sued Microsoft for pushing the unwanted upgrade, claiming it wasn't authorised, and it ended up disrupting her travel agency business for days at a time. Obviously for that second point, the upgrade didn't go smoothly, it is said to have failed but then caused frequent system crashes and slowdowns. Calls to Microsoft customer support didn't solve the issues.

Teri Goldstein of Sausalito, California has won compensation from Microsoft for lost income and the cost of a new computer. The court awarded $10,000 to Goldstein for her troubles. Microsoft settled to avoid the expense of further litigation, rather than as any admission of wrongdoing, writes the Seattle Times.

"Nobody ever asked me if I wanted to update," complained Goldstein. She added that she hadn't even heard of Windows 10 before this incident. Goldstein's complaint may be one of the more extreme examples of problems resulting from Microsoft's pushy campaign to get users of Windows 7 and 8.X to upgrade but I've read of many others having issues with the new OS, application compatibility, and hardware compatibility, for example. 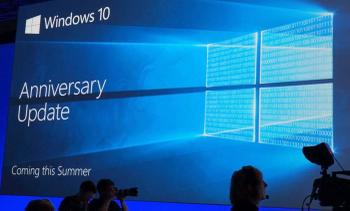 Posted by excalibur1814 - Tue 28 Jun 2016 10:15
Utter <READ OUR RULES ON SWEARING - Admin>. Time and time again the user IS notified (Wait for the post below this one screaming that they weren't). This is madness. Now that they have this cash they can quickly install WSUS.

Just as you've read the same things with Windows 8.1, 8, Vista, 7, 2000, ME etc.
Posted by Attila the Bun - Tue 28 Jun 2016 10:29
I have a neighbour that had a similar situation to this although she didn't claim she had no knowledge of Win10 just that she didn't want it. She said that the install kicked itself of while she was working and then hung half way through the process. This is when she called me. Following a bit of research and faff we managed to get the Win10 removal process running, this also hung. In the end she had to do a clean install of Win7, fortunately, she does daily backups so the damage was minimal. Once installed I showed her how to disable auto-updates and remove the Win10 notification icon from the desktop. She swears that at no time did she request the new OS and I have no reason to doubt her.
Posted by azrael- - Tue 28 Jun 2016 10:35

excalibur1814
Utter <READ OUR RULES ON SWEARING - Admin>. Time and time again the user IS notified (Wait for the post below this one screaming that they weren't). This is madness. Now that they have this cash they can quickly install WSUS.

Except a new Windows version has never been forced on you like this before. Earlier you had to “opt in”, if you will, by purchasing a new version of Windows and installing it, whereas now you have to actively “opt out”. That is, if you're savvy enough to do so. Microsoft certainly doesn't want you to.
Posted by scaryjim - Tue 28 Jun 2016 10:35

She added that she hadn't even heard of Windows 10 before this incident.

Even given the weirdness of the last week, this still goes down as the most impressive instance of wilful ignorance I've heard! How someone living in a prosperous Western country managed to not hear of Windows 10 is … well, I'm staggered.
Posted by lumireleon - Tue 28 Jun 2016 11:47
I also need the 10k to buy a GT1080