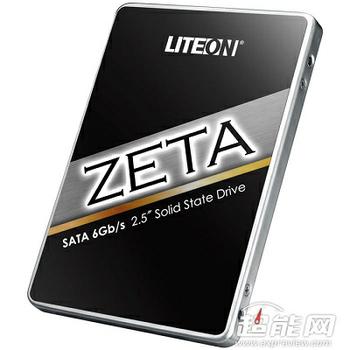 Another vendor is taking a leap into the consumer solid-state drive (SSD) market and this time it’s the OEM brand Lite-On. Though more well-known for its optical-drive business, Lite-On is actually the company behind SSD brand Plextor, and this fact alone makes Lite-On’s venture into the consumer SSD business somewhat strange.

Lite-On’s new range of consumer-grade SSDs will be marketed under the ZETA product series which starts with an initial roll-out for the Asian market. EU and North American availability is expected a later date but has not yet been confirmed by the company.

All drives feature 520MB/s read speeds while the write speed declines with reduced capacity due to the decreasing number of NAND flash dies and channels present. Resultantly, the 512GB has a headlining 430MB/s write speeds with the 256GB and 128GB models having much slower 290MB/s and 150MB/s write speeds, respectively.

Posted by GuidoLS - Tue 16 Dec 2014 21:51
They make relatively decent optical drives and other oem replacement parts. Considering that history, that initial price point isn't anything all that special, and might be considered (for the company) to be a bit high.

Still worth keeping an eye on.
Posted by OilSheikh - Tue 16 Dec 2014 22:09
This is a strange one. They never made hard drives or RAM in the past. Hmmm… wonder if Pioneer will make SSD's next
Posted by MrRockliffe - Wed 17 Dec 2014 08:37
The SSD market is very competitive at the moment and it seems like an odd move for a company that, as above, hasn't made anything similar before to start now. The only way they'd be able to distinguish themselves from the top dogs such as crucial, Samsung Kingston among others is to keep prices really low. That in itself would be a tough job, because I doubt their margins for profit wouldn't be very big anyway, as they'll have to buy most of the components in as it is.
Posted by cheesemp - Wed 17 Dec 2014 08:57
Makes sense to me. Liteon love to sell components such as DVD drives to big manufacturers like Dell, Lenovo etc. An SSD can be viewed in the same way. They are a lot simpler to design and assemble than a HDD (HDD is very mechanical and custom - Custom Platters, controllers, heads etc vs an off the shelf controller and flash). They will probably be looking to discount high for big bulk purchasing OEMs so having a high initial price makes sense. (Also helps that Dell etc won't state the manufacturer of the SSD in the specs…)
Posted by unospace - Wed 17 Dec 2014 10:19
Interesting indeed. I've had a few LiteOn DVD drives over the years but have settled back to Pioneer now. I love my Samsung SSD's.. Worth a go maybe these are depending on the price and warranty offered.
Copyright © 1998 - 2022, HEXUS.net. All rights reserved. HEXUS® is a registered trademark of HEXUS.