As the UK is the partner country at CeBIT this year PM David Cameron opened the show with German Chancellor Angela Merkel. Cameron took the opportunity to talk about a number of tech news issues including 5G, the Internet of Things (IoT) and the speed of technological advancement. 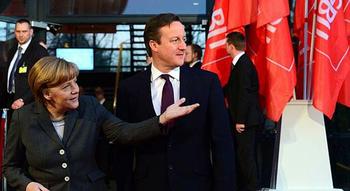 Cameron said in his introduction; "This is a world on fast forward. Just a decade ago, Skype was a typo, a tweet came from a bird, and the cloud was something in the sky." The PM went on to talk about UK tech business and more specifically about 5G and the IoT. Also a goal was stated; "It is our ambition to make the UK the most digital nation in the G8".

The University of Dresden, King’s College University in London and the University of Surrey will work together on 5G networks, we were told. While no mention was made about what the technology behind the upcoming 5G network will be Cameron said that "With 4G, an 800 megabyte movie takes around 40 seconds to download; with 5G that would be cut to one second." In a related snippet Cameron also talked about White Space usage for various economically beneficial services including broadcasting and data networks. 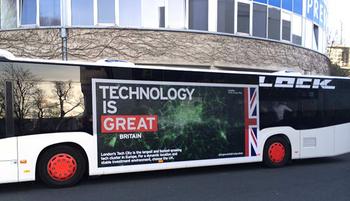 Cameron must think that the Internet of Things is worth getting out the cheque book for and thus announced an extra £45 million funding to help progress work on the technologies. That brings up the pledge total to £73 million, reports the BBC.

"I see the internet of things as a huge transformative development - a way of boosting productivity, of keeping us healthier, making transport more efficient, reducing energy needs, tackling climate change," said Cameron. He went on to liken the potential of this technology to the original industrial revolution, with Germany as a partner.

The IoT is guesstimated to be huge in the near future, with all your household electronics being able to meaningfully exchange data. Gartner says the market will be 26 billion connected devices by 2020.

AlexKitch
I still can't even get stable 3G here in Cheshire

This is what makes me laugh with 4G… What use is 50Mb connection with a 500Mb limit… Personally I'd rather the mobile operators took the investment cash and improved reception and download limits myself rather than spending it on 4G/5G.