An ambitious new epic space adventure computer game called Star Citizen has broken all crowdfunding records. The game, being developed by Chris Roberts, legendary game designer of Wing Commander fame and his company Cloud Imperium Games Corporation, has raised over $5.5 million in funding so far! The game’s original goal was $2 million, now it looks like the game makers will secure three times that amount and all “stretch goal” enhancement criteria have been met. There are only 7 hours left to back the project via Kickstarter. 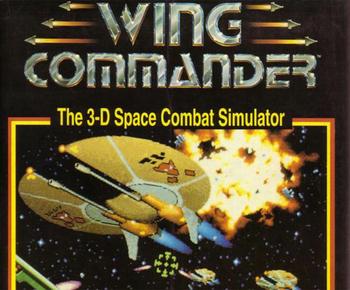 Star Citizen is crowd funded through Kickstarter and also through the game’s home page at Roberts Space Industries (RSI). Currently $3.6 million has been raised directly on RSI and $1.8 million via Kickstarter. The previous crowdfunding record was $4.2 million. The minimum pledge amount to get a copy of the finished game is now $37, lower tier contributions of $30 have all sold out. The game is scheduled to be completed and distributed in two years from now during November 2014.

The Star Citizen game is “A rich universe focused on epic space adventure, trading and dogfighting in first person.” There are both single player adventures and network universes to play within. The Star Citizen project page describes it: “The core concept of Star Citizen is that it’s a destination, not a one-off story.  It’s a complete universe where any number of stories can take place.  Players will have the opportunity to decide their own game experience.  Pick up jobs as a smuggler, pirate, merchant, bounty hunter, or soldier. It’s a universe we’ve always wanted to create.  We want to build a huge sandbox with a complex and deep lore that allows the players to explore in whatever capacity they want.” The single player campaign is called “Squadron 42”. The game is initially PC only with possibilities of Linux and Mac release but will “never be played on the Xbox 360, PlayStation 3 or Wii U”.

The overall concept of the Star Citizen game is not so many light years away from the Elite remake we wrote about, also looking for crowdfunding, a couple of weeks ago. While Star Citizen has broken funding records Elite: Dangerous is currently less than half way to its £1.25 million goal, currently at £505,000 with 46 days to go.

It does seem that reports of the death of PC space sims have been greatly exaggerated.

15 Microsoft Flight Simulator boasts "all the airports in the world"

Bearing in mind these are pre-orders for a game to be released 2 years from now, I reckon some major studios are kicking themselves (and whatever passes for their strategy/planning depts) for not having a solid entrant in this category ready to hit the market now.
Posted by CocaineWhite - Mon 19 Nov 2012 15:50

MobiusPizza
So much for piracy and PC games not selling. The complete lack of innovation and understanding of customer interest in gaming by major publishers are the cause, not piracy, not lack of interest in PC gaming.

This and Planetary Annihilation are the best thing to happen to PC gaming in as long as I can remember!

Power to the people!