SimCity will get a very big update tonight, at 1pm PST (9pm British Summer Time). Update Version 2.0 will be released “which contains a number of top-requested bug fixes and improvements”. The latest SimCity game was in the news shortly after its release more due to the highly disruptive and frustrating always-online play problems and associated bugs than any new gameplay innovations. Also, more recently, AMD has decided to bundle the new city building and management game with its A8 and A10 APUs.

By many accounts in the few weeks following the outcry of gamers, who had spent their hard earned cash on this new game, things started to work more smoothly and acceptably. However several strange bugs and balance issues have remained.

In a forum post Electronic Arts (EA) details a long list of tweaks, improvements and bug fixes. Not everything on the bug fix hit-list is completely fixed though. For instance a major problem of “Cities not Processing” has only some of its causes found out and fixed up. EA notes about this particular issue that “We are continuing to work on and improve this issue.”

The extensive list of fixes and tweaks includes many aspects that affect gameplay such as Tourism, Casino, Education, Transit and Residential activity rewards balance and tuning. A welcome relief to some players will be the cooldown period for natural disasters as some were previously getting hit “too frequently”. 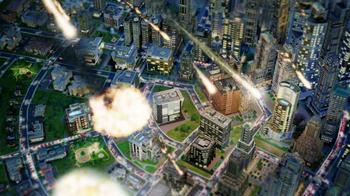 While the updates are welcome, the incomplete nature of the fix to the major problem of cities not processing and a number of omissions from the announcement has annoyed some gamers. Significantly there is no offline play mode in the coming update, rivers will still permanently run dry if you pump water from them and the limits on city sizes have irked many players. EA chose the peak evening time in the UK to do the update so as not to inconvenience players in North American time zones.

Anyway I wouldn't buy this game until it's maybe £5, Simcity 4 still seems a better game and you don't have to be online constantly. And I've heard the game is kinda lame anyways, you can't build and plan cities like you could before, it's more like managing them. Sounded fail the first time I read about it and I was looking forward to it. Lame rant over :P
Posted by cheesyboy - Mon 22 Apr 2013 17:21
Perhaps this is where they introduce larger cities.

Who doesn't love DLC ;)
Posted by atomictom - Mon 22 Apr 2013 17:51
I was so looking forward to this game, and it still captures my interest a tad, but i'm not buying a game from a company that rush out an incomplete product.

And the whole ‘always online’ i might be able to tolerate if the system actually worked but it still doesn't always work properly, and it's a huge negative factor for me if it did.

I'm sticking with simcity 4 for satisfying my city-building cravings, at least it does what i want with no strings attached
Posted by Noxvayl - Mon 22 Apr 2013 18:20
I won't be wasting my money on this game, will purchase Civitas instead. I had backed the Kickstarter campaign but it seems they got offered funding from a different source. As long as they release the game with the proposed features and without unnecessary DRM then it will get my money.
Posted by CMarlow - Thu 09 May 2013 21:15
I'm definitely not buying this game until DRM is taken away. Also, the price has been static since the game came out, still too high for my liking.
Copyright © 1998 - 2020, HEXUS.net. All rights reserved. HEXUS® is a registered trademark of HEXUS.