Forum members at GOG.com have rumbled the impending arrival of a variety of LucasArts games on the DRM-free digital games distributor site. The LucasArts / Disney partnership release titles are said to include the following; Star Wars: X-Wing, Star Wars: TIE Fighter, Sam & Max Hit the Road, The Secret of Monkey Island: Special Edition, Indiana Jones and the Fate of Atlantis and Star Wars: Knights of the Old Republic. 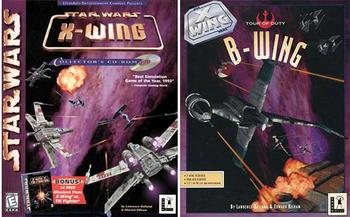 Examples of the original game packaging

Most games news sites are laser focussed upon the digital re-release of the X-Wing and TIE Fighter games in their special editions. As with all the re-releases these are designed to run on modern PCs so won't require end user twiddling with software such as DOS-PC emulators, EMS settings and so on in combination with your old game CD-ROMs. The GOG edition games also feature improved resolutions, sound and the expansions which followed these games to retail. In the case of Star Wars: X-Wing this means you get the main game with both Imperial Pursuit and B-Wing. Star Wars: TIE Fighter purchasers also get the main game and Defender of the Empire in both the 1994 and 1998 versions, reports Kotaku. 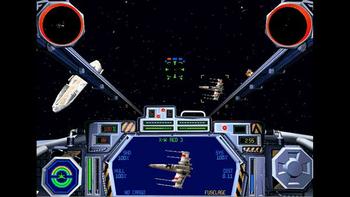 The forum thread links direct to the particular GOG game information pages have since been taken down. However if you head straight to the GOG.com homepage you can see that there is a countdown banner at the head of the page right now which is counting down to a "new gaming publisher". With just minutes of the countdown left we'd wager that the 'news announcement' is the aforementioned range of Disney/LucasArts titles.

It's gone live. LucasArts titles are now available at GOG, see below.

I remember having Sam & Max hit the road and it took hours to load the game from about 12 floppy disks.
Posted by Steve A - Tue 28 Oct 2014 15:54
purchased … i loved it back in the day.
Posted by Saracen - Tue 28 Oct 2014 15:58
Even I'm tempted by this, and these days, I'm hard to tempt. Being GOG, it certainly solves most of my normal gaming reservations. And I still owe a big thanks to the member here that introduced me to GOG. You know who you are. :D

My only reservation is that I still have boxed versions of Xwing, TIE fighter, Sam and Max etc, AND systems I can play them on. Do I want to fork out again for current DRM-less versions? Well, yup. I do want to. I just don't know if I actually will.

But it does definitely get my thumbs up.
Posted by shaithis - Tue 28 Oct 2014 16:11
Be very interesting if they add some AA and a little bit of a HD remake….that really could get me to buy them again.

XWing, Tie Fighter, Indy and Monkey Island were the most iconic set of games from my computing past. For so many years nothing at all came close to them.

Such a shame LucasArts went the way it did :(