The Christmas shopping season is nearing its peak and we have often heard the claimed sales figures from the two newest next gen console makers; Sony and Microsoft. But how is Nintendo and its Wii U doing, has it a chance this Christmas? Also new figures show that Nintendo has sold over two million 3DS handheld units in the UK. 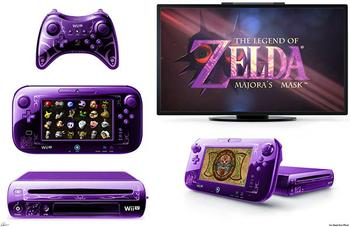 The Wii U and its games were talked up recently on a Japanese talk-show – by Sony Worldwide Studios president Shuhei Yoshida. The overall thrust of his musings was that "a slow start doesn't always mean poor performance in the long run," reports GameSpot. Yoshida said that the Nintendo system was great for younger gamers and lots of fun. The Sony exec also claimed that he owns two Nintendo Wii U consoles and that "The latest Mario game is really good, too. I think the Wii U is just getting started."

GameSpot reckons that the Wii U has sold 3.91 million units in total so far. However there needs to be a large acceleration in sales to meet Nintendo's projection of 9 million sold by March 2014. In a report earlier this week, perhaps we have seen some sign of this acceleration, as Forbes reported that the Wii U saw a 340 per cent surge in sales last month, partly down to the release of 'Super Mario 3D World'. Coming up on Wii U next year there are other titles that Forbes think could provide Nintendo with a similar twist of the throttle; Donkey Kong Country: Tropical Freeze, Super Smash Bros., Mario Kart 8, Bayonetta 2.

Nintendo's current 3DS handheld range passed a UK milestone as sales recently surpassed two million units in the UK. That number includes sales of 3DS, 3DS XL and the new budget model, 2DS. While this number pales in comparison to the original DS it is still a plucky effort in the face of the smartphone and tablet onslaught. 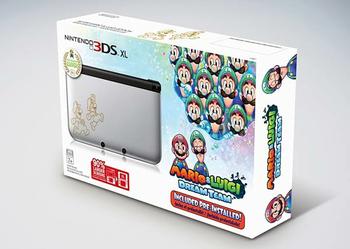 3DS sales could be further boosted thanks to some 'new' games software available for it from old rival Sega, thinks The Verge. Sega has released its '3D Classics Series' for the handheld. The games on offer include 3D Space Harrier, 3D Super Hang-On, 3D Sonic the Hedgehog, 3D Altered Beast, 3D Ecco the Dolphin, 3D Galaxy Force II, 3D Shinobi III and 3D Streets of Rage. The Verge reporter says he was actually "blown away" by the intense 3D gaming experience offered by the 25 year old Galaxy Force II. 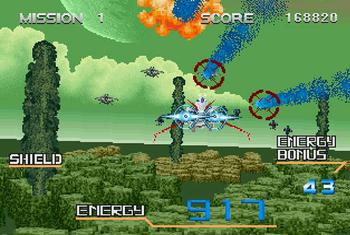 One final Nintendo related titbit to close; GigaOM reports that Nintendo is considering bringing "little experiences" to Apple's iOS. These are expected to be teaser elements from games on the console platforms. The teasers sound quite limited but Nintendo must hope they will be enough to attract iOS users to get a Nintendo portable. Nintendo of America CEO Reggie Fils-Aime was apparently quite vague about the plans.

Posted by soljakwinever - Fri 20 Dec 2013 11:45
I'm sorry…is that a Majoras mask remake? Is this a thing?!
Posted by jonathan_phang - Fri 20 Dec 2013 12:01
I almost wet myself when I saw that picture - but a quick google doesn't show anything up. I thought I missed something HUGE in the last Nintendo Direct, but appears that its just a mock up photo.

abychristy
I forgot about the Wii U these months ,I thought they might have quit when PS4 and XBone came out.

I don't know. That's a little bit short sighted tbh - if anything, the last couple of months have been when the Wii U has picked up. Of course the 2 newer consoles have more potential going forward, however, I don't really think theres anything that amazing available for this Christmas yet. If anything, Super Mario World 3D is probably the best game to pick up this festive period. Not to turn this into one of those threads, just seems a little bit of a dismissive statement.
Posted by DanceswithUnix - Fri 20 Dec 2013 14:18
Windwaker HD is supposed to have kicked up a lot of sales. I expect Mario Kart 8 will have the consoles flying off the shelves.