What is it about?
Set in a fantasy universe, FFXIII blends traditional role playing features, such as party and upgrade systems, with magic and weapon based combat as you team up with five other characters to do battle against evil.

Review
Anyone familiar with Final Fantasy will know that any game in the series requires an investment of time and dedication. FFXIII is no different with 70+ hours of gripping battles waiting for anyone patient enough to get through the first 15 hours or so of unnecessarily slow gameplay. In a departure from some of the interactive and open world environments of previous games, the initial chunk of gameplay requires little more than for you to move from one battle to the next slowly but surely building up your character's profile.

Admittedly, it isn’t quite what we expected. This is a combat-focused game, with the traditional levelling up system abandoned in favour of Crystalium points that drop from the bodies of dead enemies and can then be spent on upgrading your party members. It feels much like the intial chunk of the game is aimed towards those unfamiliar with the series and this type of turn-based combat. It takes a while to get going before you get to the chance to really develop your party's combat roles and get into the real heart of the game. 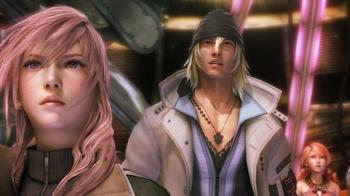 Nevertheless, the exquisitely detailed locations, cinematic cut-scenes and the well-paced story-building is just about enough to drive you through until you reach the more open-world of Pulse where the gamepaly really opens up and gets far more exciting. It's a real contrast between the initial stages and therefore has quite an impact when you reach Pulse. Similarly, the slow dream-like build up culminates in some frenetic and intense fights, with one of the most enjoyable to use battle systems that we've encountered.

The battle system, which sees you in control of the party leader assigning turn-based commands to your other five members, is technically brilliant. The addition of the Paradigm system, allowing you assign and developer character ‘roles’ is also extremely addictive. Combat is fast-paced, intense and exciting and having to choose between the likes of Commando, Medic or Ravager and building on these skill trees adds a strategic layer of depth that is ultimately very satisfying. These roles have specific strengths and weaknesses and learning to balance them and switch roles on the fly, while tackling some extremely challenging enemies, is great fun and totally immersing.

FFXIII is a top notch production with great voice acting, a beautiful soundtrack and vivid visuals, a real sensory experience. Our expectations were of an open-ended game world with tons of quests to embark on and hundreds of NPCs to interact with, but the fixation on combat and linear design makes the game extremely focused and technically faultless. Final Fantasy XIII is game that builds slowly in momentum before showing you its hand fully, but when it does it captivates with its unique characters, charming locations and exhilarating battle system. Consider this another sparkling feather to add to already full Final Fantasy cap. 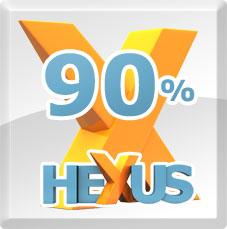 People who loved the series before will love it more…

Posted by Andi-C - Thu 11 Mar 2010 11:30
At the beginning the fights are meaningless as you have no skills & I found my self rapping “X” (as that's pretty much all you can do other than heal), then its just sit back a watch some FMV, move then more FMV, fight then guess what more FMV *tip - If you don't want to watch the FMV hit “start” (pause) , then “select” to skip* !!! Once you have the Crystalium & Paradigm system you can start to enjoy the Fights…Lots of watching FMV for the first part but its enjoyable, I'm looking forward to getting past this 15 hour mark so the game can open out !…:rockon2:
Posted by danroyle - Thu 11 Mar 2010 11:36
is it better than 7/8/9/10 though thats what i wanna know
Posted by Steven W - Thu 11 Mar 2010 11:38
I think it really all depends on your expectations of the game.

I think some will be disappointed, some enthralled and others pleasantly surprised.

lol, difficult question. It's different. A recognisable FF universe made more accessible and streamlined, perhaps to attract a new audience.