Last week HEXUS reported upon the fixing of the Windows 10 May 2020 Update printer bugs, and on the latest improvements to Microsoft Edge - particularly its memory use / management. Tech news watchers will be very familiar with Microsoft's move from its own Edge HTML renderer to adopting the Chromium browser source for an all-new Edge. Now it looks like this open source sharing of software improvements will benefit Google Chrome users.

Microsoft originally introduced Segment Heap memory management improvements for Modern and system apps like Edge in order to reduce memory usage of Win32 apps. However the technique looks set to spread its wings further, after showing success beyond its originally intended scope. 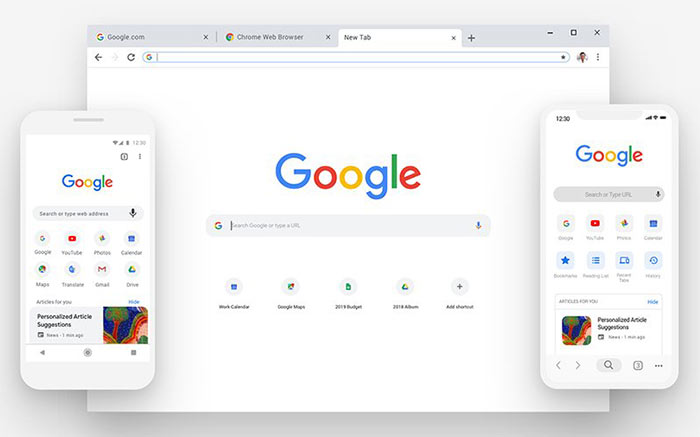 Last week we noted that, in a Microsoft Blog post, Principal PM Manager of Microsoft Edge, Kim Denny, said that the latest version of the browser used up to 27 per cent less memory in tests. He heralded 'Segment Heap' memory management as the prime benefactor behind this improvement.

Google Chrome is still the most popular web browser by far, for some reason, but even devotees will admit to its memory hogging nature. WindowsLatest reports that the Achilles Heel of Chrome might be soon receiving a Band-Aid as it will benefit from the switch to Segment Heap, away from legacy heap. 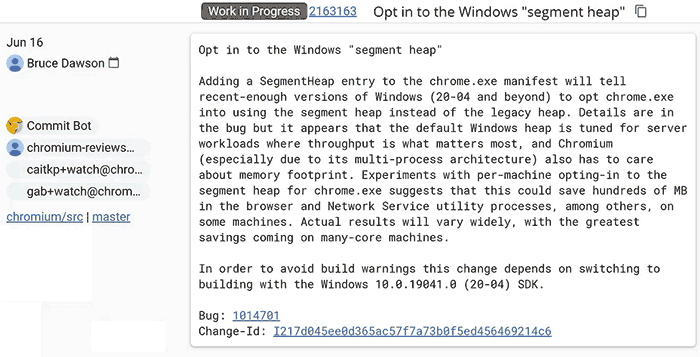 Users "could save hundreds of MB in the browser and Network Service utility processes, among others, on some machines," noted a Chrome engineer in a new commit. Enabling the feature right now may cause build warnings due to Windows software wrinkles. Hopefully the delay, with developers needing to transition to an updated Windows 10 SDK, won't be too long.

Posted by Usernamist - Mon 22 Jun 2020 16:24
Switched to Edge from Firefox on my aging laptop because of random issues that keep cropping up recently with Mozilla's browser and I'm extremely happy with it. It's such a relief to have a hundred tabs open and NOT have the fans spin up something fierce. It's also noticeably faster, which I didn't expect.