Microsoft's Windows 10 doesn't support the SafeDisc and SecuROM DRM schemes that were used to protect certain older games. These copy protection systems date back to when most games were distributed on CDs/DVDs, especially in the mid noughties. Now Microsoft has started to distribute an update to Windows 8, 7, and Vista systems which disables compatibility with these DRM systems in its older OSes. 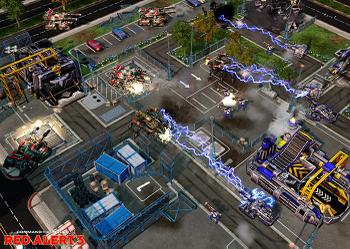 If you've accepted and installed the update and wish to play older games with SafeDisc or SecuROM DRM you will have to perhaps re-purchase the affected games, through one of the modern digital distribution platforms. A risky alternative is to hunt around for no-CD cracks for the affected games, as you might get more (malware, viruses) than you bargained for.

If you must play the old SafeDisc and SecuROM games you own Microsoft does offer a workaround - with a warning. Using this workaround "may make a computer or a network more vulnerable to attack by malicious users or by malicious software such as viruses," and like the no-CD crack method, isn't recommended. Users are told to proceed at their own risk.

Basically Microsoft walks users though re-enabling the secdrv.sys driver, the key system component of the SafeDisc and SecuROM DRM. As the secdrv.sys file hasn't been removed by the MS15-097 Windows update, you can start its service by typing the following at your command prompt:

After you have finished playing your game it might be a good idea to stop the service:

Here is another example of DRM hurting those who paid for their games. Many will feel it is safer to re-purchase these older titles on digital platforms like Steam and GoG and end up paying twice for an old favourite game, rather than circumvent old DRM or bypass new Windows security updates.

qasdfdsaq
Or run it in an XP VM :)

Is there a VM that offers hardware graphics acceleration?
Posted by Vorlon99 - Thu 24 Sep 2015 15:11
Of course, if the game is that old it is likely that it doesn't even need or work with an internet connection, so when you enable the workaround, just disconnect from the internet for the duration and then when you turn the workaround off again, re-enable the internet…. onviously keep anti-virus running and there shouldn't be any problem.
Posted by BobF64 - Thu 24 Sep 2015 15:38

Brian224
Is there a VM that offers hardware graphics acceleration?

Yes, however, sadly, Parallels is only on Mac OS. I think VMWare Fusion might also offer it.

VMWare and VirtualBox offer some degree of 3D acceleration, but it isnt great as its emulated software.
I did manage to play Red Faction on VirtualBox a few years ago, and apart from mouse problems, it worked quite well.

I believe it is something to do with the way the graphics subsystems work, in that Windows doesnt let the VM access it, but Mac OS does.
Posted by ik9000 - Thu 24 Sep 2015 15:53
Well that's just dandy. Presumably we can just uninstall the MS patch and not have this hassle?