Nixxes, the PC developer of Rise of the Tomb Raider, has released the seventh patch for this game. Both the Steam and Windows Store version of the game will get Patch 1.0.668.1 which has the headlining benefit of improved DirectX 12 multi-GPU support. There are other improvements and fixes too, and Nixxies recommend this update as "an improvement for everyone." 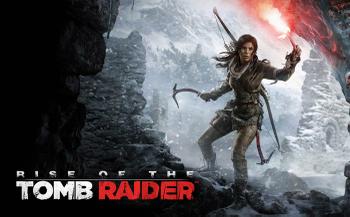 As headlined, first and foremost this patch brings DirectX 12 Multi-GPU support. Both Nvidia SLI and AMD CrossFire configurations are supported. According to the developer the patch means that DX12 users are "less likely to be GPU bottlenecked and can reach higher framerates due to the improved CPU utilization DirectX 12 offers".

Another important tweak for smooth playability is a change to V-Sync settings. On the Steam version of the game "behaviour of disabled V-sync has been improved," and on the Windows Store version users will be able to toggle V-Sync after the update. 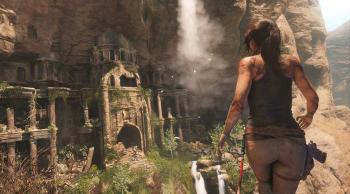 If you like to use stereoscopic 3D rendering you will be happy to know that it has been improved in the update and there are fixes to Nvidia Surround and AMD Eyefinity in combination with stereoscopic 3D.

As a precaution Nixxies have disabled the Steam Overlay when DX12 option is in effect due to a large number of reported crashes in testing but users can re-enable it via the '-enablesteamoverlay' launch argument. Furthermore, Async compute can be disabled via registry options for troubleshooting or A/B testing. Check out the release notes for further details on this update.

It is notable that while Nixxies first added a DirectX 12 API option back in March, the DX11 option was a better performer – whatever brand and generation of GPU you were using. Hopefully patch #7 will turn those results around.

KrisWragg
Downside is they disabled Steam overlay, which broke support of Steam controller. I had to rollback to the previous version.

The instructions in this article on how to enable the Steam overlay with a simple launch argument, without having to roll back to a previous version, doesn't work for you?
Posted by KrisWragg - Mon 11 Jul 2016 12:36

GuyRandom
The instructions in this article on how to enable the Steam overlay with a simple launch argument, without having to roll back to a previous version, doesn't work for you?

I haven't tried that yet, I was just a bit annoyed that I sat down to play yesterday and it wasn't working. I didn't see anything yesterday about the command line argument, I'll try that later, but TBH I had no issues with performance on the last version.
Posted by azrael- - Mon 11 Jul 2016 19:39
I was completely clueless to the fact, that Square Enix apparently had outsourced development of the latest Tomb Raider games (among others, including the latest two installments of Deus Ex) to Nixxes (sic!). Not really a fact they're pretty open with either. Nixxes might be doing a good job, but I still feel cheated somehow. It's almost as if the original developers cannot be a**ed doing the work themselves.